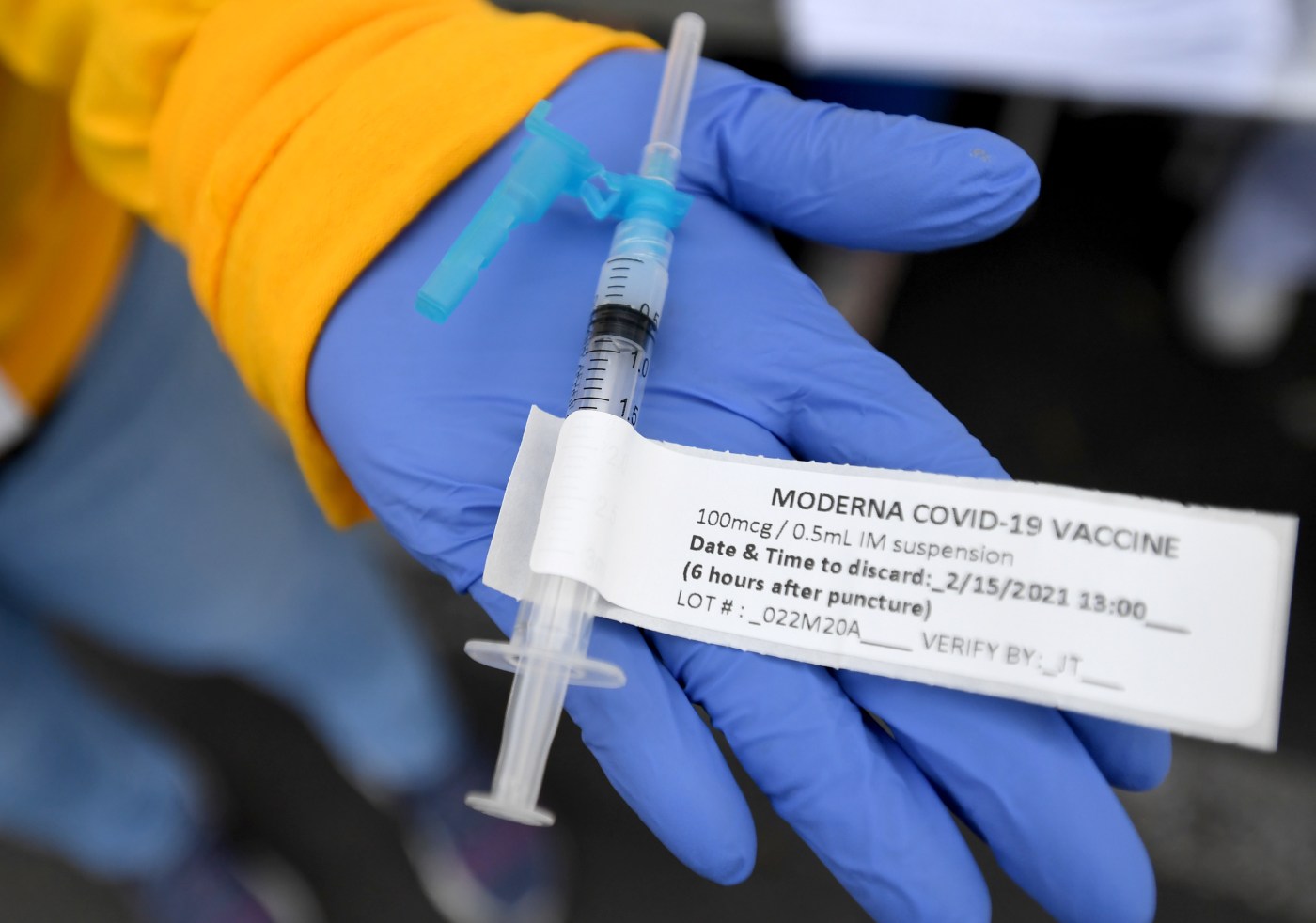 The number of people hospitalized with coronavirus in Los Angeles County dropped below 3,000 on Monday, Feb. 15, for the first time since early December, another sign that the holiday surge has retreated. Meanwhile, the county continued to grapple with the puzzle of advancing efforts to vaccinate the county’s 10 million people with the sporadic influx of doses.

Hospitalizations fell to 2,964, according to the state’s metrics. That’s a decline of 128 from the day before and a 63% drop from Jan. 6, when 8,098 beds across the region were full and the healthcare system was on the cusp of a full on crisis. Many said it already was one.

Successful efforts to slow the spread appeared to be reflected in the region’s intensive care units, where 908 patients were treated. It was still a high number in the course of the year-old pandemic — but a steep fall from where it was just one month ago, when 1,709 patients had filled region’s precious ICU beds.

“We’re on a downward trend, and in order to keep on that downward trend it’s going to take our collective actions as individuals and businesses to have that continue to go down, and to to see less hospitalizations, less cases and less deaths,” said Dr. Muntu Davis, the county’s health officer, on Friday. “We still have to maintain our vigilance.”

That collective vigilance appears to be working.

The lower number of deaths and cases may reflect reporting delays over the weekend and today’s holiday, officials said. The numbers belied the 7-day average of 139 daily deaths. Officials said that’s likely because of delays in reporting the data over the holiday weekend.

In the two cities that operate their own health departments: Long Beach did not update Monday, but as of Friday, Long Beach reported 768 deaths and 50,196 cases. Pasadena reported 14 new cases Monday for a total of 10,667; its death toll remained 296.

About 70% of those hospitalized with the virus are Hispanic, a number that continues to alarm public health officials who continue to plan for more vaccines in such underserved communities as South L.A., East L.A. and in the northeastern end of the San Fernando Valley.

Officials are also concerned because frontline and essential workers — many of whom are Hispanic — live and work in underserved communities. And they work in businesses that continue to see outbreaks of the virus.

Dodger Stadium, the largest vaccination site in the nation, was set to re-open on Tuesday after city officials announced last week it had to close because supplies of vaccine were too low. Supplies remain thin, so the mega site will focus on second doses this week.

“Our city has the tools, the infrastructure, and the determination to vaccinate Angelenos swiftly and safely — we simply need more doses,” said Mayor Eric Garcetti in a statement. “Our density and demographics have made our region an epicenter of this crisis in recent months, and with a reliable, consistent supply of vaccines, we can get more shots into people’s arms, bring down rates of infection, hospitalization, and death, and defeat this pandemic once and for all.”

The City of L.A. was set to receive 54,000 doses of Moderna and 4,000 doses of Pfizer COVID-19 vaccines this week, according to the Mayor’s Office.

“If the City receives additional supply this week, more first-dose appointments will become available online,” according to the city.

“We’re all frustrated,” Simon said, wishing more of the serum could be distributed. “We know we could do much more if we had available doses.”

“We have a much greater capacity, if we could get the available vaccines,” Simon said.

Even with still limited supply, More groups will become eligible soon. Public safety workers, teachers, agricultural workers, and farm workers are all in the next eligibility phase, which official said last week could open up within two weeks. Also eligible down the road, in mid-March, will be people ages 16 to 64 with health issues that would allow them to get vaccinated at the discretion of their healthcare provider.

But even with beefed up eligibility, officials said it was no guarantee enough virus would be available immediately, or on demand.

“We’re all eager to expand the eligibility to other groups. But we simply have to wait until we have enough vaccine to do that,” Simon said.

So far, more than 1.5 million doses have been administered in Los Angeles County.

But there were positive signs Monday.

The site is a joint effort by Dignity Health, the LA Galaxy and Dignity Health Sports Park, and will be open from 11 a.m. to 4 p.m. Monday through Friday of this week.

The Los Angeles Unified School District will open its first COVID-19 vaccination site this week, with plans to inoculate only district employees ages 65 and over and those working at testing and vaccination sites for the time being.

LAUSD to open its first coronavirus vaccination site this week

How a one-time tech worker amassed $43,804 in rental debt

Okonjo-Iweala is first woman, African to lead the WTO

Eligible employees will be notified to book an appointment, a spokeswoman for the district said. There are about 3,425 LAUSD school-based employees ages 65 and older, but the district has not tracked how many have already been vaccinated, she said. She did not say how many doses of vaccines the district will receive this week.

A new COVID-19 vaccine site, part of a joint effort between the Federal Emergency Management Agency and the governor’s Office of Emergency Services, is set to open Tuesday at Cal State Los Angeles.

The community-focused site will be able to vaccinate up to 6,000 people per day for both drive-thru and walk-up appointments and will also deploy a mobile clinic that will visit local community centers and schools.

“Folks will be able to come to Cal State L.A. using transit and then walk up and get their vaccine,” Jose Gomez, executive vice president and provost of the university, told reporters last week.