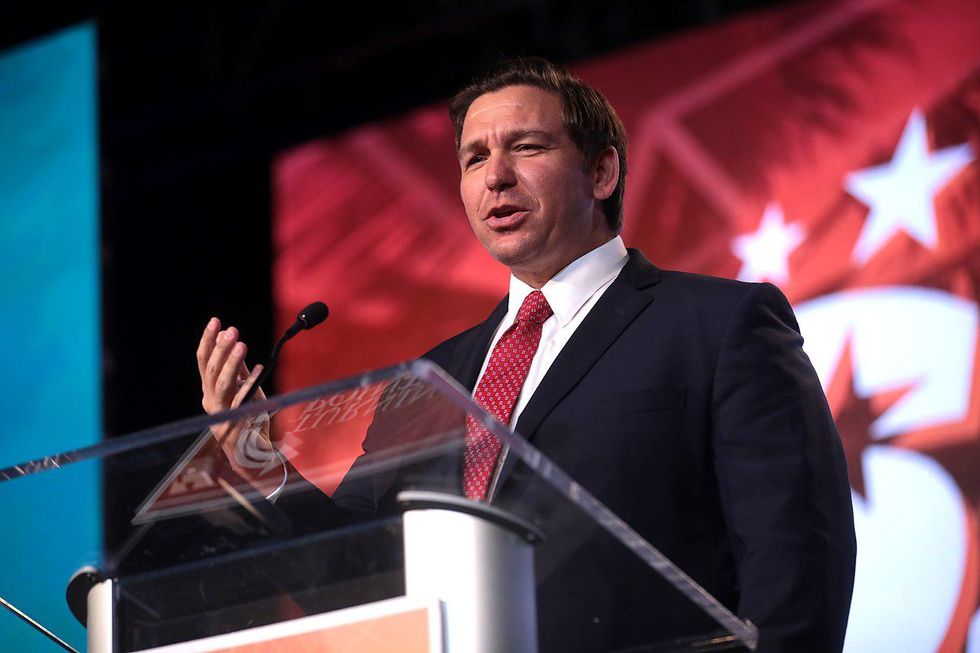 Citing her experience as a public defender, Fried, the state’s highest-ranking elected Democrat, said, “The fact pattern is simply just to clear to avoid: give campaign contribution, big dollars, get special access to vaccines—ahead of seniors, ahead of our teachers, ahead of our farmworkers, and so many of our residents here in the state of Florida.”

“If this isn’t public corruption, I don’t know what is,” said Fried, whose office is also the state’s consumer watchdog.

“I will not stand by and let our vaccines be used as political gain… to be auctioned to the highest bidder,” she said.

Fried’s call for an FBI probe followed reporting by the Miami Herald that nearly all those over 65 in the wealthy Key Largo community Ocean Reef Club received vaccines by mid-January.

The Herald noted Wednesday that Ocean Reef is “home to many wealthy donors to the Florida Republican Party and GOP candidates, including Gov. Ron DeSantis” and the “the only people from Key Largo who gave to DeSantis’ political committee live in Ocean Reef,” the outlet added.

Citing the Florida Division of Elections, the newspaper reported that 17 residents of the community had given DeSantis contributions of $5,000 each through December of 2020.

One of the Ocean Reef residents is former Republican Gov. of Illinois Bruce Rauner, who on Feb. 25 “increased his contribution and wrote a $250,000 check,” according to the Herald.

In fact, “Since DeSantis started using the state’s vaccine initiative to steer special pop-up vaccinations to select communities,” the Herald reported, “his political committee has raised $2.7 million in the month of February alone, more than any other month since he first ran for governor in 2018, records show.”

As the Orlando Sentinel reported Thursday:

The Herald report comes after weeks of controversy over whether the wealthy communities targeted by the DeSantis’ vaccine “pods” were influenced by political considerations.Three communities in Charlotte, Manatee, and Sarasota counties developed by Republican fundraiser Pat Neal were chosen by DeSantis for pop-up sites. Neal contributed $125,000 to DeSantis in 2018 and 2019.Only two ZIP codes were eligible at the Manatee site, and County Commissioner Vanessa Baugh included herself and the development’s CEO on a VIP list.

In a letter to Acting Attorney General Monty Wilkinson dated Feb. 21, Crist expressed concern about DeSantis “setting up ‘pop-up’ vaccination sites to deliver doses to select communities” and wrote that in “several cases, these sites seem to be targeted to wealthy communities with whom Governor DeSantis has clear political connections, allowing some to skip to the front of the line in counties with existing waitlists.”

“I request that the Department of Justice determine if the governor’s blatantly political vaccine distribution decisions, which do not seem to be in the public’s best interest, violate federal law, and merit a full federal investigation,” he wrote.

DeSantis, for his part, is rejecting the accusations of wrongdoing, saying at a press conference Thursday, “I’m not worried about your income bracket, I’m worried about your age bracket.” He further asserted that the the state “wasn’t involved in [the Ocean Reef distribution] in any shape or form.”

Fried, in her remarks Thursday, put the access to vaccines in a global context.

“This is an international healthcare pandemic and we’re supposed to all be in this together,” she said, “and so getting to the front of the line because you have access and you have the financial ability is just unacceptable.”

The Democrats are no longer playing by the GOP’s rules