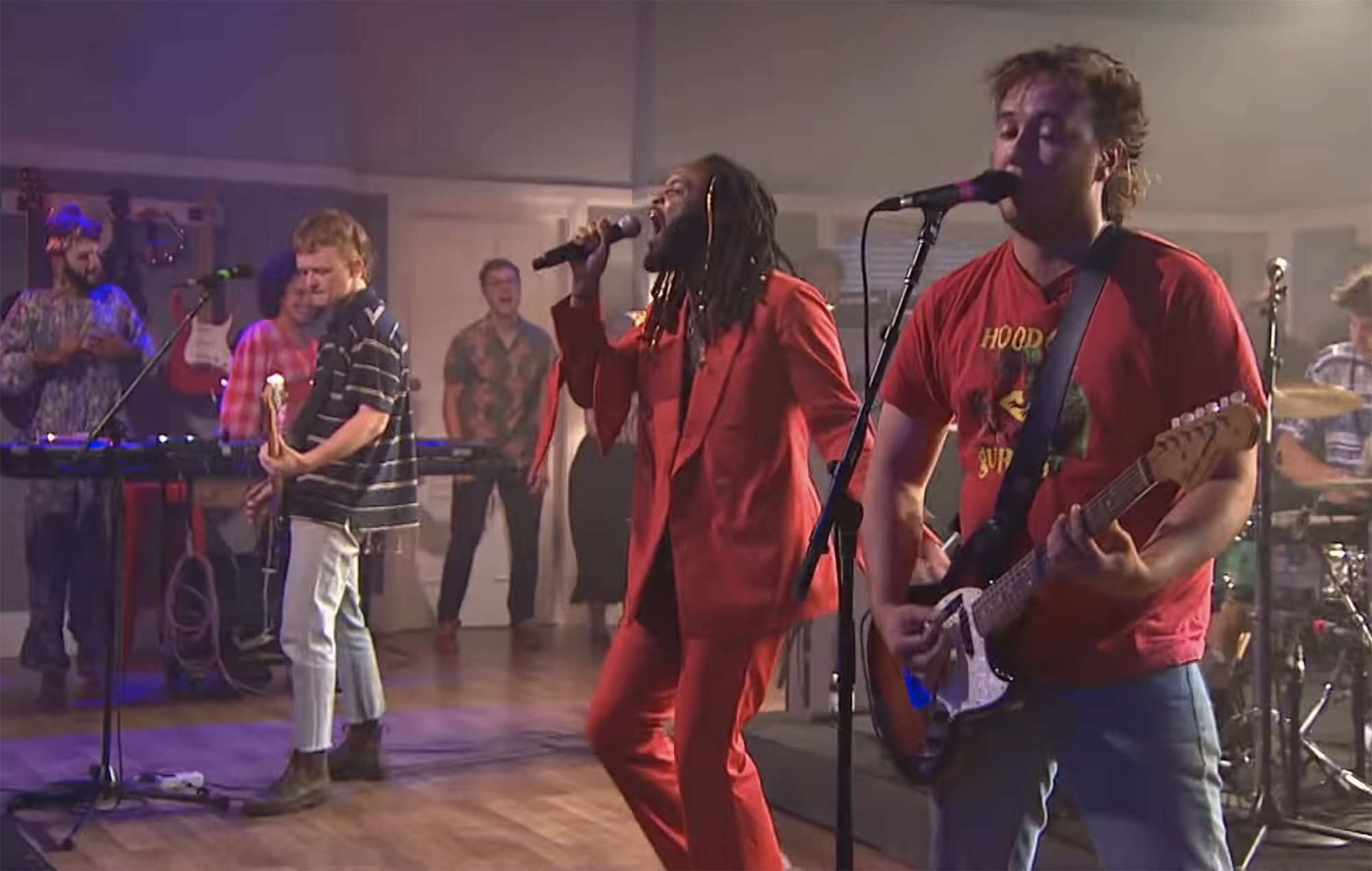 Aussie punk band The Chats teamed up with NME 100 member Genesis Owusu for a high-energy cover of Talking Heads‘ ‘Psycho Killer’ last night (May 1) for music TV series The Set.

The collaborative cover kicks the song’s tempo up a notch and transforms it from a new wave classic into a hard-hitting punk rock track.

READ MORE: Genesis Owusu: “I’d rather be a legend on my own little island than compete for a throne”

Watch the performance below:

Elsewhere on the show, The Chats performed their track ‘AC/DC CD’ while Owusu shared a live rendition of ‘Whip Cracker’ and ‘A Song About Fishing’.

The live performances follow the release of Owusu’s debut album, ‘Smiling With No Teeth’, back in March. The record was given four stars from NME upon its release, praising Owusu for “[delivering] a riveting album that underscores the power of self-knowledge, perspective and art – one that should be cranked loud”.

“‘Smiling’ is steeped in funk, but it’s closer to no wave, ‘Dirty Mind’-era Prince, or N.E.R.D. than any current hipster module. These grooves hit hard. Genesis wants to mosh,” the review read.

Earlier this year, Owusu also performed a cover of Sex Pistols ‘Anarchy in the UK’ for triple j’s Like A Version performance series.

The Chats last album was their 2020 debut LP, ‘High Risk Behaviour’, after which they released ‘AC/DC CD’ as a standalone single.