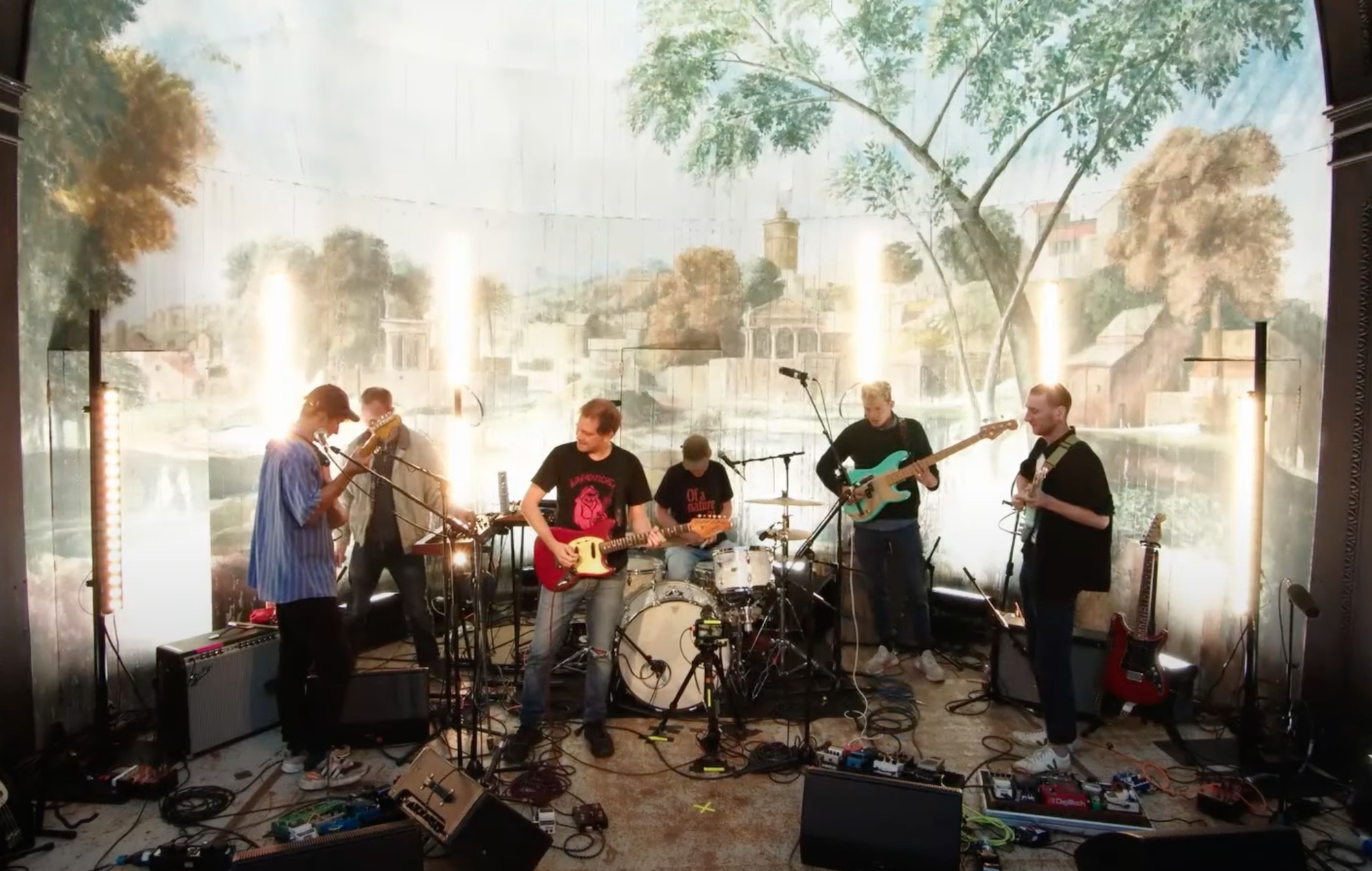 Squid have shared a roaring live version of new single ‘Pamphlets’ – watch it below.

The eight-minute rendition of the track, the studio version of which was released last week, was recorded at the Larmer Tree Gardens in Dorset, best known as the home of End Of The Road Festival.

For the performance, the band were joined by Speedy Wunderground boss and producer Dan Carey on guitar. Carey produced Squid’s debut album ‘Bright Green Field’, which features ‘Pamphlets’ and comes out next week (May 7) via Warp.

‘Pamphlets’ followed previous singles ‘Narrator’ and ‘Paddling’ in previewing the debut album, which follows the band’s ‘Town Centre’ EP from 2019.

Watch the new live version of ‘Pamphlets’ below.

In a statement, Squid said ‘Pamphlets’ is about “all the rubbish right-wing propaganda you get through your front door. It imagines a person with that as their only source of news being taken over by these pamphlets.”

They added that the track “is one of our songs that has shape-shifted the most and has always been a staple of our live show when we were able to tour”.

“Out of all the music on ‘Bright Green Field’, we’ve played ‘Pamphlets’ the most, and some people might remember it from our gigs. It’s a song that’s also has come full circle, we started it in Chippenham and finished it in Chippenham. An ode to Wiltshire? Possibly – but it was always the song that we knew would finish our first album.”

After Squid release their debut album, they will embark on the Fieldworks tour of the UK, where they will play work-in-progress music to socially-distanced crowds.

A full UK and European tour later this year will then follow, beginning in Brighton in early September with a show at Concorde 2. The tour will run until the end of October, with a London date set for Printworks on September 23.

Wife and I bought a car, accidentally took a pic with panorama. Guess I’m an alien.