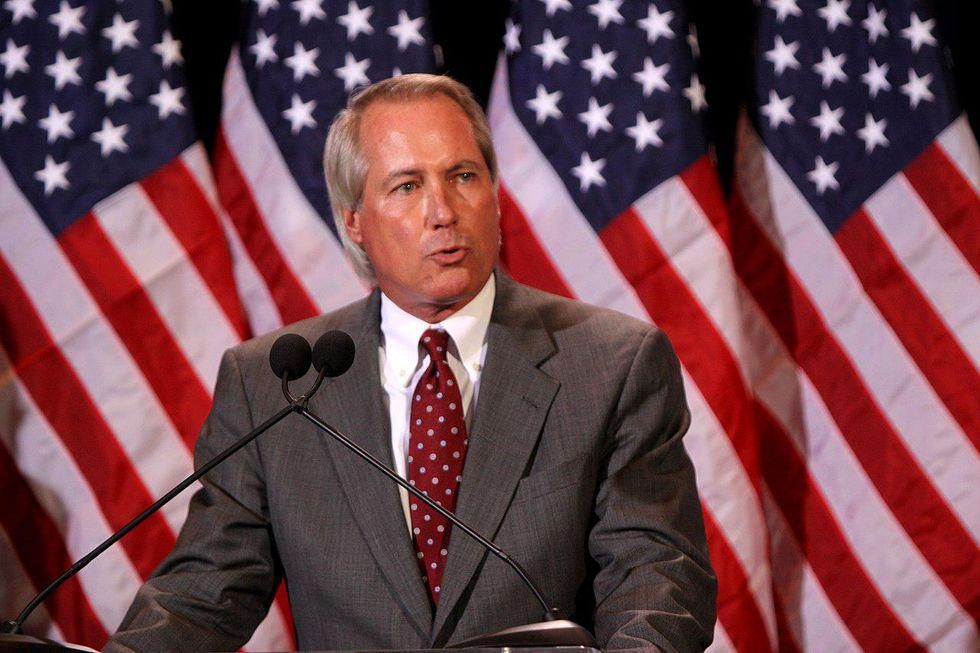 Far-right, pro-QAnon attorney Lin Wood, who struck out trying to prove voter fraud in the 2020 election and is now facing an ethics investigation and a criminal probe for alleged illegal voting of his own, has embraced a new project: running for chair of the the South Carolina Republican Party.

According to POLITICO, this bid is also likely to go down in flames today, as incumbent party chair, Drew McKissick will likely rout him among party delegates. But GOP strategists are privately scared that his loss will not put an end to the base’s embrace of his conspiracy theories.

“Like Trump, Wood is already accusing McKissick of election fraud — without any evidence — even before the first ballots are cast Saturday,” reported Marc Caputo. Meanwhile, “Wood has gone so far as to make dark insinuations that McKissick isn’t doing enough to stop ‘the real pandemic’ of pedophilia, and suggested he needs to resign over unspecified ‘nefarious activities’ with GOP Sen. Lindsey Graham. Wood has also called the coronavirus pandemic a ‘plandemic,’ suggesting it was part of an organized plot.”

According to the report, Wood has even tried to cast doubt on the authenticity of Trump’s endorsement of McKissick for re-election.

“What’s going to happen Saturday is that McKissick is going to win, and Lin Wood is going to say it was fraud and scream and holler conspiracy theories,” Joel Sawyer, a former South Carolina GOP executive director, told POLITICO. “The problem in South Carolina is many of the people at the county level, the delegate level, have been echoing the former president’s fact-free claims of election fraud, but those very people are now going to have to turn around and defend the legitimacy of this election. But they don’t have a lot of moral authority to dispute fact-free claims of election fraud.”

Republican strategist Wes Donohue agreed. “Wood’s candidacy is an immediate nothing-burger, but in the long term, everyone better pay attention,” he said. “The base is pissed and questioning anyone and everyone who has been around for more than a couple years.”

You can read more here.